FREE UK delivery on orders over £25.00, with each item beautifully wrapped before sending

If you'd like some advice or need any assistance with your order, our friendly customer service team are right here and ready to help: 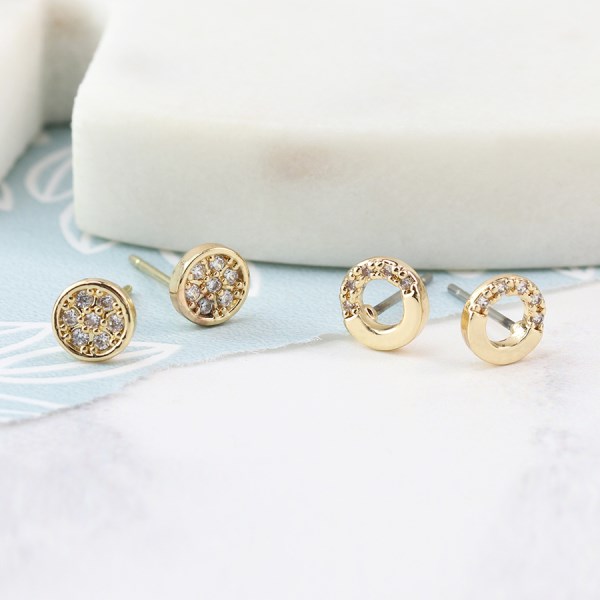 Two pairs of round stud earrings make up this gorgeous double earring set. The first pair feature round discs with a raised edge, plated in a golden finish. The centre of each disc has seven clear faceted crystals set into it, with one in the middle and a further six around the inside edge. The second pair features golden circles, with a vertical split design. One half of the circle is plain, while the other half has a row of five crystals set into it. All of the crystals are beautifully cut to reflect the light, making them the perfect choice for parties and gifts.

Sorry, this item is out of stock
EMAIL ME WHEN IN STOCK